Francis Leofric Armstrong was born the 25th October, 1880 at Mount Perry in Queensland in Australia. He was the son of Police Magistrate Octavius Armstrong and his wife Jessie Augusta. He was educated at Brisbane Grammar School and then he worked at the Queensland National Bank in Brisbane. He was volunteer to join the Queensland Volunteer Rifles and then he went to South African War as an Active Service with Field Force.
After that, he enlisted with the AIF on 20th October 1914. He was considered as one of the original ANZACs thank to his landed at Gallipoli on the 25th April, 1915, he served with the 15th Battalion. He fought during the Battle of Dardanelles. Lt. Francis Leofric Armstrong was killed the 10th May, 1915 in trying to save wounded which were prisoners of the opponents.

Extract from one of his letter for his wife Annie :

« Gallipoli Sunday Turkey May 9th 1915
My dearest wife,
I am in an assaulting party against the Turkish Trenches tonight & have no time to write at any length. I am entrusting this message to Graham Wareham so if I do fall dear you will know my last thoughts are with you & our son. I hope you are spared for many years to come & that our son will turn out a good man. Forgive me for anything I have done in the past to hurt your feelings. Fondest love to dear Mrs Mackay & the boys & all our friends. Goodbye my dearest wife
Fondest love, Frank L Armstrong »

His letter to Annie was recovered from the body of Lt. Graham Wareham, who also killed in action on May 10th 1915. The tragic loss of life and tremendous courage of our ANZAC Soldiers has been revealed over and over again but none more graphically than in the letters and diaries of those who were there.

He was born in August the 3rd of 1890 and he died in February 7th 1980, he was 89 years-old. He was nicknamed «Dicky» and was regarded as the «father» of the Royal Australian Air Force (RAAF). He was the first military pilot trained in Australia, and went on to command Australian and British fighter units in World War I. In 1922 he became the first Chief of the Air Staff (CAS). When he learned to fly, it was at Point Cook, Victoria in 1914 when he was a lieutenant in the Army.
He was awarded the Distinguished Service Order and finished the war a lieutenant colonel. Just before the World War II an adverse report on flying safety standards saw him dismissed from the position of CAS and seconded to the RAF. Despite many support for his reinstatement as Air Force chief, and promotion to air marshal in 1940, he never again commanded the RAAF.
Post the war he was forced to be retired along with other World War I veteran officers. He took up the position of Director-General of Civil Aviation in Australia, and was knighted the year before his retirement in 1955. 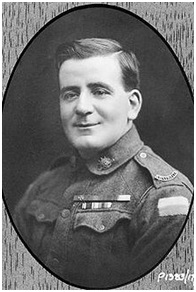 John Woods Whittle was born in 1882 and he died in 1946.He was an Australian Military, and more precisely a sergeant during the World War One. Born in Tasmania, he completed twelve months active service during the Second Boer War, and just after he returned to Australia and was engaged in the Royal Navy where he was used as a stoker.
Transferring to the Australian Imperial Force in 1915, he was due to join the 12th Battalion in Egypt and went to the Western Front the following year.
He saw himself reward of the Distinguish Conduct Medal cause of a day, during an attack in a village, Whittle rushed the German in the trenches and forced those men to leave the place. In 1918, he returned to Australia thanks to an invitation of the Prime Minister of Australia to assist in recruitment. He left his military position in December 1918, and he moved to Sydney a few moment later.
To finish, he was presented with a Certificate of Merit after having save the life of a drowning boy.
John Woods Whittle died in 1946 at the age of 63.